THE ALTERNAZOTE® TECHNOLOGY: A UNIQUE MODE OF ACTION FOCUSING ON PLANT GENOMES

Co-invented and patented by the INRA research centre and the University of Rennes I, ALTERNAZOTE® was granted market authorisation in February 2016. This scientific co-construction and institutional recognition have provided the endorsement required for the company’s scientific progress. Just as efficient with 20% less nitrogen, ALTERNAZOTE® can, thanks to its programme, reduce and optimise nitrogen intake, with a view to improving agro-economic profitability in farms and increasing crop yield. ALTERNAZOTE®‘s effect: stimulates the nitrogen’s absorption genes, as proven scientifically by the transcriptomic analysis. This bio-stimulating action helps reinforce nitrogen transport towards the plant. 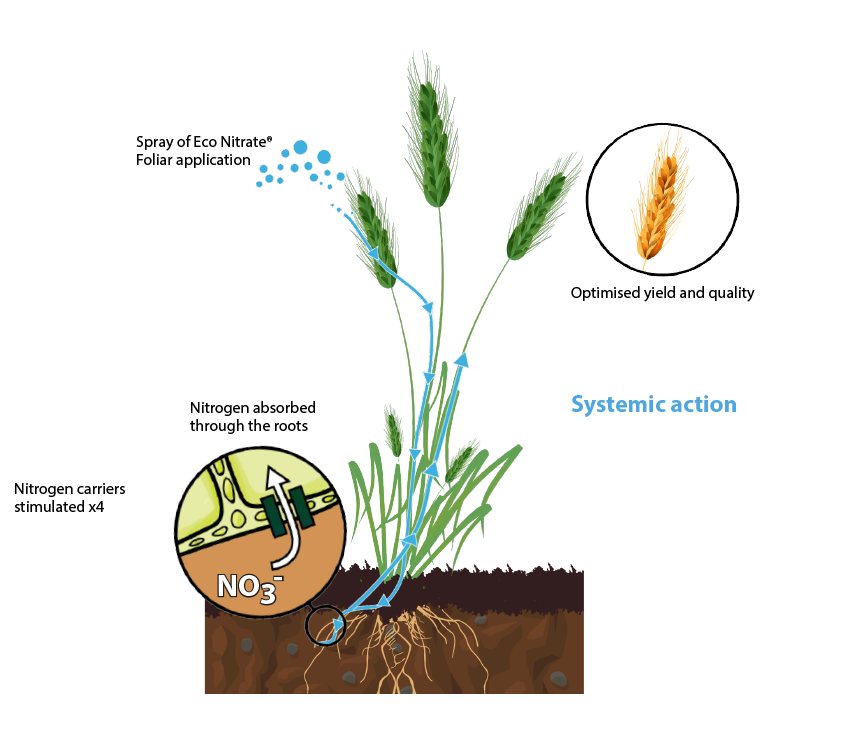 With the launch of the ALTERNAZOTE® range, BIO3G is establishing itself as a leader in profitable and environmentally-friendly biotechnology, now so more than ever. We have been conducting a continuous innovation policy since 1997 to serve our customers. As a result of the work carried out in our R&D department, the ALTERNAZOTE® range has also won several prizes.